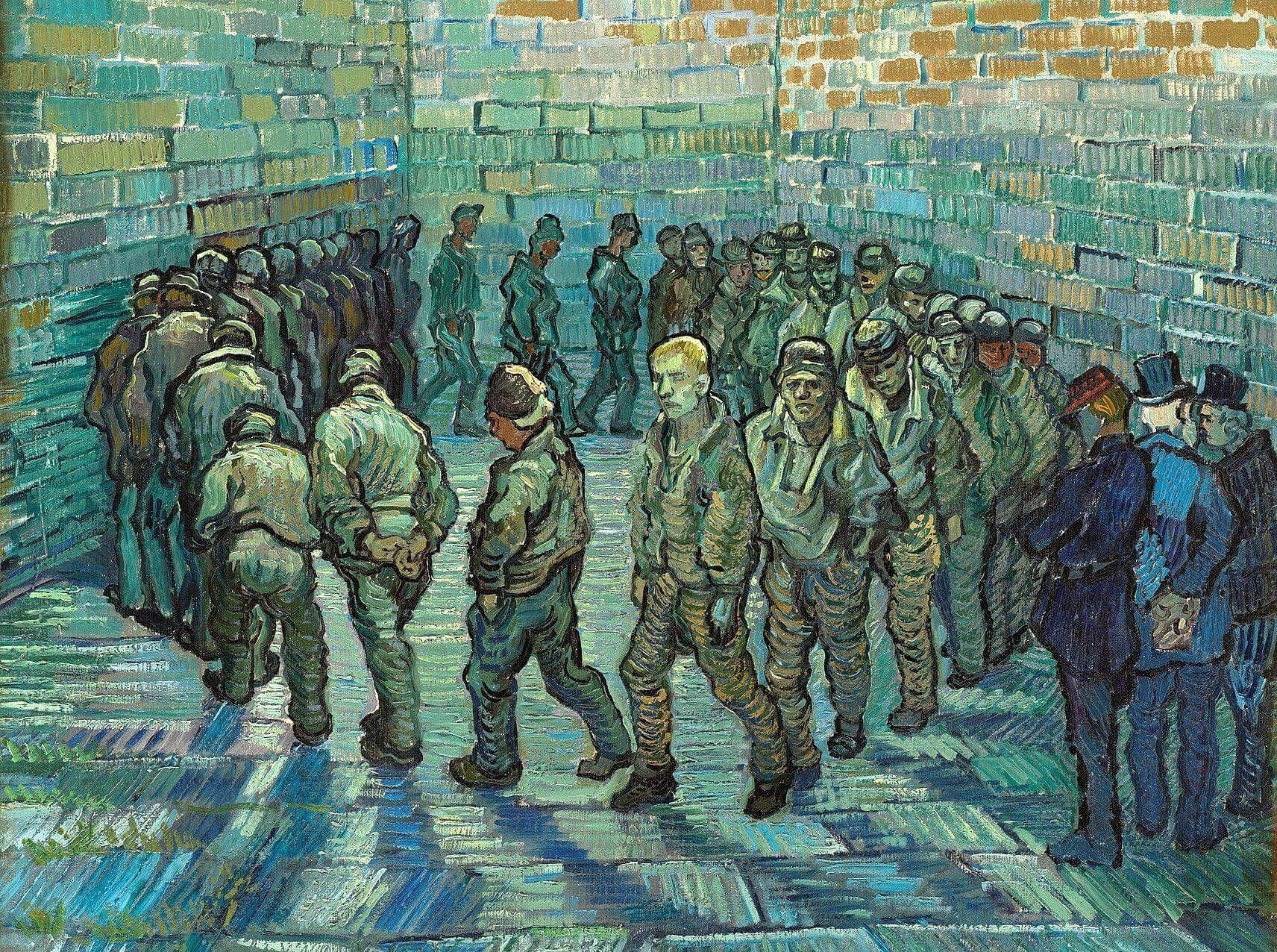 Andy West is Philosopher in Residence at HMP Pentonville, and the author of the frankly brilliant The Life Inside: A Memoir of Prison, Family and Philosophy, which is due out from Picador in February 2022.

Q: One of the reasons I’m interested in doing these interviews is I want to get a sense of what it means to do philosophy. So my first question is this: how did you get into philosophy? And what drives you as a philosopher?

When I was a kid and my brother was inside, it was painful to experience how flattening the narratives were around people in prison. I think experiencing stigma so intimately installed this fundamental sense that things are always more complex than they appear. I think that might have been my first taste of the philosophical instinct. I think it’s still the main thing that drives me today: the idea that the more space we make for complexity, the less space there will be for shame.

Q: Your book, *The Life Inside*, is incredibly rich. It is part memoir, part account of teaching in prisons, and part meditation on freedom, confinement, prison, guilt, contingency, and philosophy itself. If you could pin down the book’s central philosophical, or even existential, preoccupation, what would it be?

Shame. Books written by political prisoners like Edith Eger and Ahmet Altan tend to focus more on oppression, resistance, and surviving confinement. But I think there’s a different flavour to books like A Crowbar in the Buddhist Garden, by Stephen Reid or Redeemable, by Erwin James. Those men were convicted for serious crimes. Although they engage with the structural problem of prisons, they write to confront shame and to figure out if it’s a teacher or a tyrant. These are the writers I feel closer to.

A year into writing The Life Inside, I realised I was writing about the inherited shame and survivor shame of having family inside. For the next twelve months, I used the book to try to answer the big questions about shame: What is it? How does it feel? How does it shape a life? How do people let go of it? How do people live in spite of it?

Q: Your book is underpinned by a profound ambivalence about prisons and regimes of confinement. You write at one point about needing to find a way to continue to work in prison, while simultaneously wanting to tear it down. Has your work as a philosopher in prisons allowed you to find a way through this ambivalence? Or has it only deepened it?

I can’t tell if my ambivalence is a strength or a weakness.

On the one hand, it’s important to me because prison is so dehumanising; ambivalence is my way of staying open to the humanity in people. It’s a readiness to see that a person is more complex than their rap sheet or prison number. I also include in my ambivalence those people and that part of us that wants punishment and revenge. Not because I see those things as necessary or justified, but because they seem to come from a very human instinct too.

On the other hand, I sometimes wonder if my ambivalence towards prisons comes from the learned hopelessness I experienced from losing my brother so many times to prison. Perhaps that drilled into me the belief that I won’t be able to change things. So instead of seeking liberation through radical politics, I look for what freedom I can find in accepting that ‘It is what it is.’

I haven’t come to a conclusion on that yet, which, yes, I know is a very ambivalent thing to say. 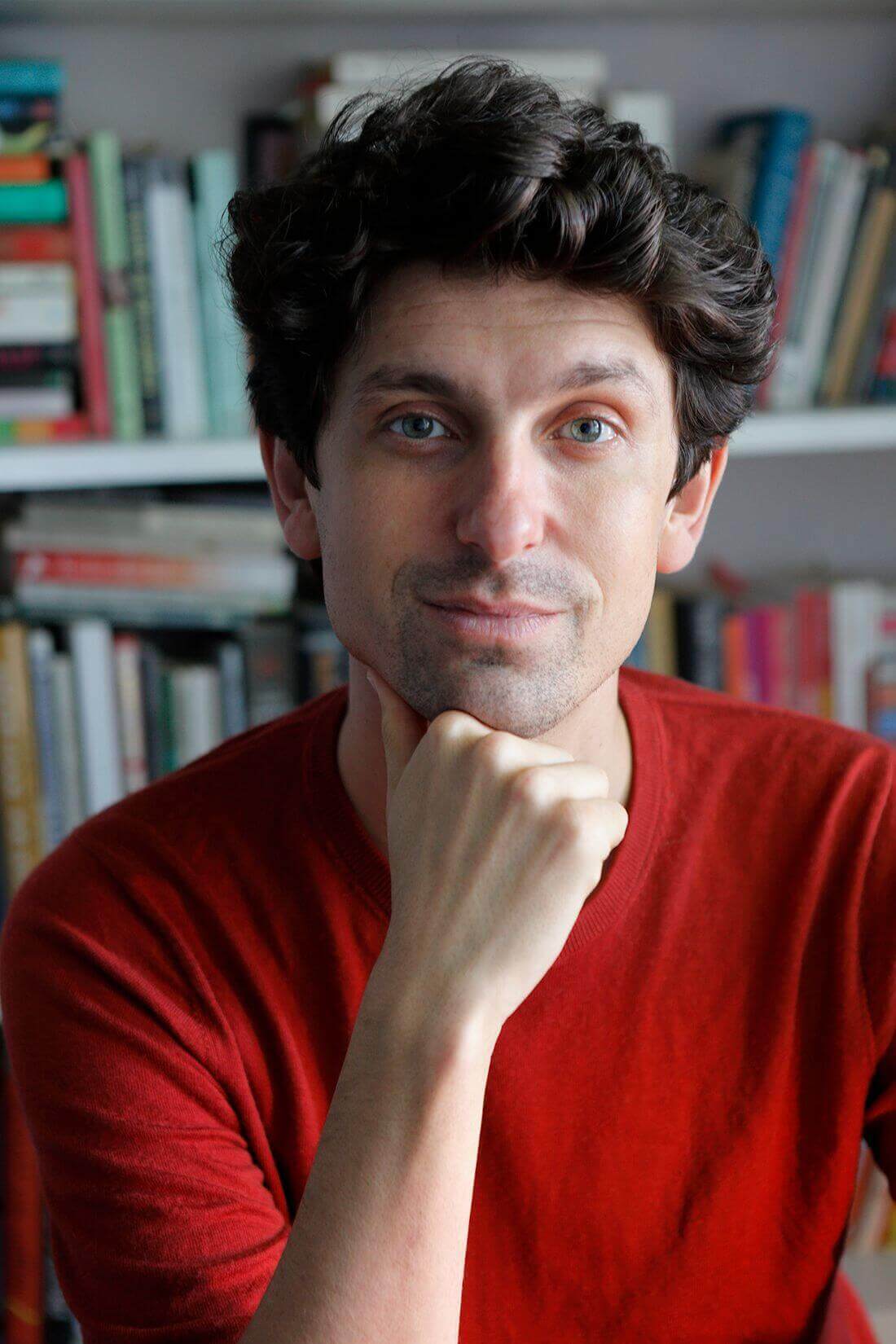 Q: Moving away from personal, existential questions, what value do you think there is in teaching philosophy in prison? Can it help? And what does it even mean to say that it can help?

A better philosopher would answer that question with a systematic argument, but I’ll answer it with an anecdote. There’s a prison officer I work with who drops into my classes just to listen. Afterwards, he often says to me, ‘It’s just so interesting the things they say.’ It has expanded his sense of the people he is locking up every night. In prison, you’re a number before you’re a name. People aren’t ‘moved’ they’re ‘shipped out’. ‘Dinner’ is called ‘feeding time’, as if people on the wing are cattle. It’s not a place where subjecthood is recognised or nurtured. One of the most counter-cultural things you can do in that setting is have a philosophical conversation.

In the public imagination, the prison wall operates as a dividing line between ‘good people’ and ‘bad people’. The fact that most people only see the inside of a prison at the cinema makes this symbol all the more potent. People often ask me if I’ve ever been attacked in prison or if physical fights ever break out in my classroom. ‘No’, I laugh. ‘Why would that happen?’ People ask that question because the prison wall allows us to maintain the conceit that violence, darkness and chaos are within those walls rather than within us. So yes, I wanted to describe the concrete particulars of life inside with as much attention as I could as a way to cut through the mythos of prison.

At the same time, as a writer, I don’t want to trade in the richness of symbol and metaphor for dreary social realism. The wall is such a powerful image. In the book, I tell the story of my relationship with my uncle around the idea of a wall that’s between us and how I might ‘get in’. As writers, we can get trapped in negative metaphors, but we also have the power to develop and expand those metaphors too.

Q: One of the recurring preoccupations in the book is masculinity. In some places, you address this directly. But it is also there as a preoccupation that runs throughout the entire book. Were you conscious of this as a driving concern?

Pride and shame constitute so much of masculinity and that helps to explain why men commit crime at a much higher rate than women. That’s not that I don’t think women have their own difficult experience of shame, but I think they don’t respond to it as violently or harmfully as men do.

Q: Your book, commendably, doesn’t seek easy solutions. After finishing it, I was more convinced than ever not only that prisons are deeply weird places, but that the everyday notions of crime, punishment, guilt and so on that underpin them are also equally weird. I’m not asking you for a comprehensive plan for prison reform, or for a whole new theory of justice. But how do you think the harms of the present system could be ameliorated? How can things be made better?

Almost everything about prisons needs to be radically changed. But I find it hard to get invested in perfecting the fine points of my vision for a better system when I see how little political will there is for prisons and prisoners.

I don’t have it in me to deliberate over whether I’m a reformist or an abolitionist, knowing that prisoners are at the bottom of most people’s priorities. What I’d rather do is try to allow more people to know about what goes on in prisons and get them thinking about it. That needs to happen if we are going to build any political will.

In the early 1900s, Brixton Prison was constructing a gallows to hold executions, but when the affluent locals found out they protested. They put together a petition in The Shoreditch Observer that said the gallows “may not be so favourably regarded by a suburb so famous for its middle-class respectability as Brixton.” Brixton prison stopped building the gallows. No executions ever took place there.

Part of the reason I stuck to a show-don’t-tell style of writing in The Life Inside was because I wanted the middle-class reader to see what goes on inside. Whilst they may not be the group most affected by prison, they are the group that you need to connect with if you want to get any change through parliament.

Q: And now, a question about teaching philosophy from a position outside the demands and cultures of the academic world. Do you think the tendency to see philosophy as a purely academic practice limits its value? Or, to put it more bluntly, is philosophy wasted on the academy?

A lot of academic philosophy I studied in my degree didn’t appeal to me because it took such a top-down approach to questions. We were told to start by defining our concepts and working outwards from those axioms. It was a very brain-on-a-stick mode of enquiry. For the last six or seven years, I’ve been experimenting with a more bottom-up approach. My brother had been to prison twelve times. I had never been away. That’s what made me need to ask, ‘What does my moral luck mean for who I am? How do I relate to others who’ve been confronted with situations that I haven’t?’ That was not a disembodied enquiry.

I sometimes wonder if I’ll ever go and study philosophy academically again. I know the academy has evolved a lot in the last decade since I finished my BA. It has more space for situated arguments, embodiment and standpoint epistemologies like feminism and critical race theory. Who knows, I might go back, but for now, I want to keep enjoying the freedom of writing on my own terms.

Q: Okay. So looking to the future, what’s next on the horizon for you and your work? Both as a writer, and also as somebody who teaches philosophy?

The classroom is still one of the most thrilling places in the world for me, so I want to keep teaching philosophy in prisons. The book is being translated into some really fascinating countries that have their own particular relationship with prison like Turkey, China, Korea and Taiwan. I can’t wait to talk with those readers about what they think of the themes of the book like prisons, masculinity, kindness, hope, shame, home, freedom etc. I think those conversations might be what shapes my next writing project.

Q: Finally, if you could give any advice to an aspiring philosopher, what would it be?

Don’t waste your time talking with philosophers who treat philosophy like a parlour game.

Andy West is the author of The Life Inside: A Memoir of Prison, Family and Philosophy. He has written for 3AM, the Guardian, The Times Education Supplement, Litro and Boundless. He lives in London and works for the Philosophy Foundation. He has taught philosophy in prisons since 2016. 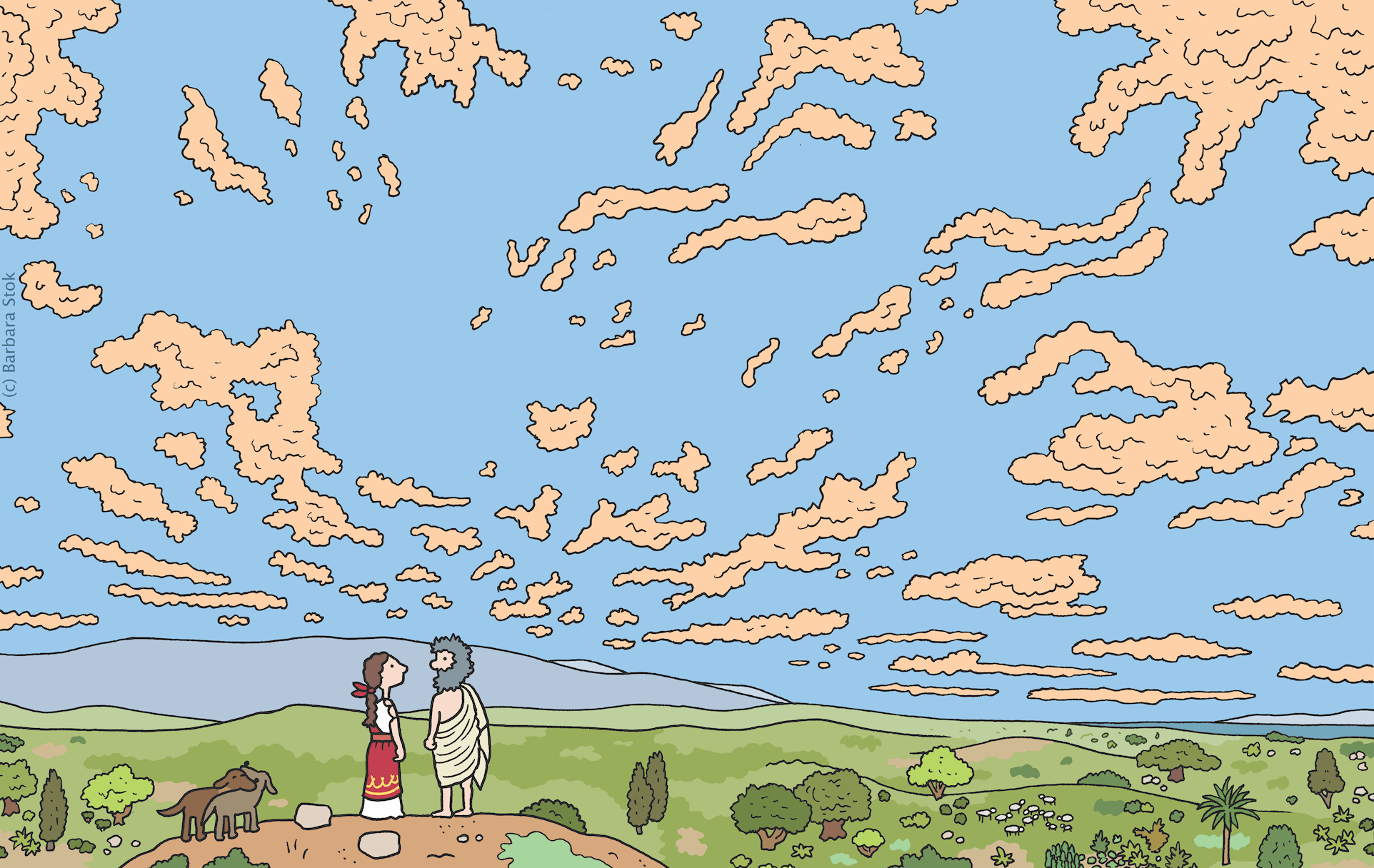 Barbara Stok, on Comics and Cynics

Comics artist Barbara Stok talks about her brilliant reimagining of the life of the Cynic philosopher Hipparchia. 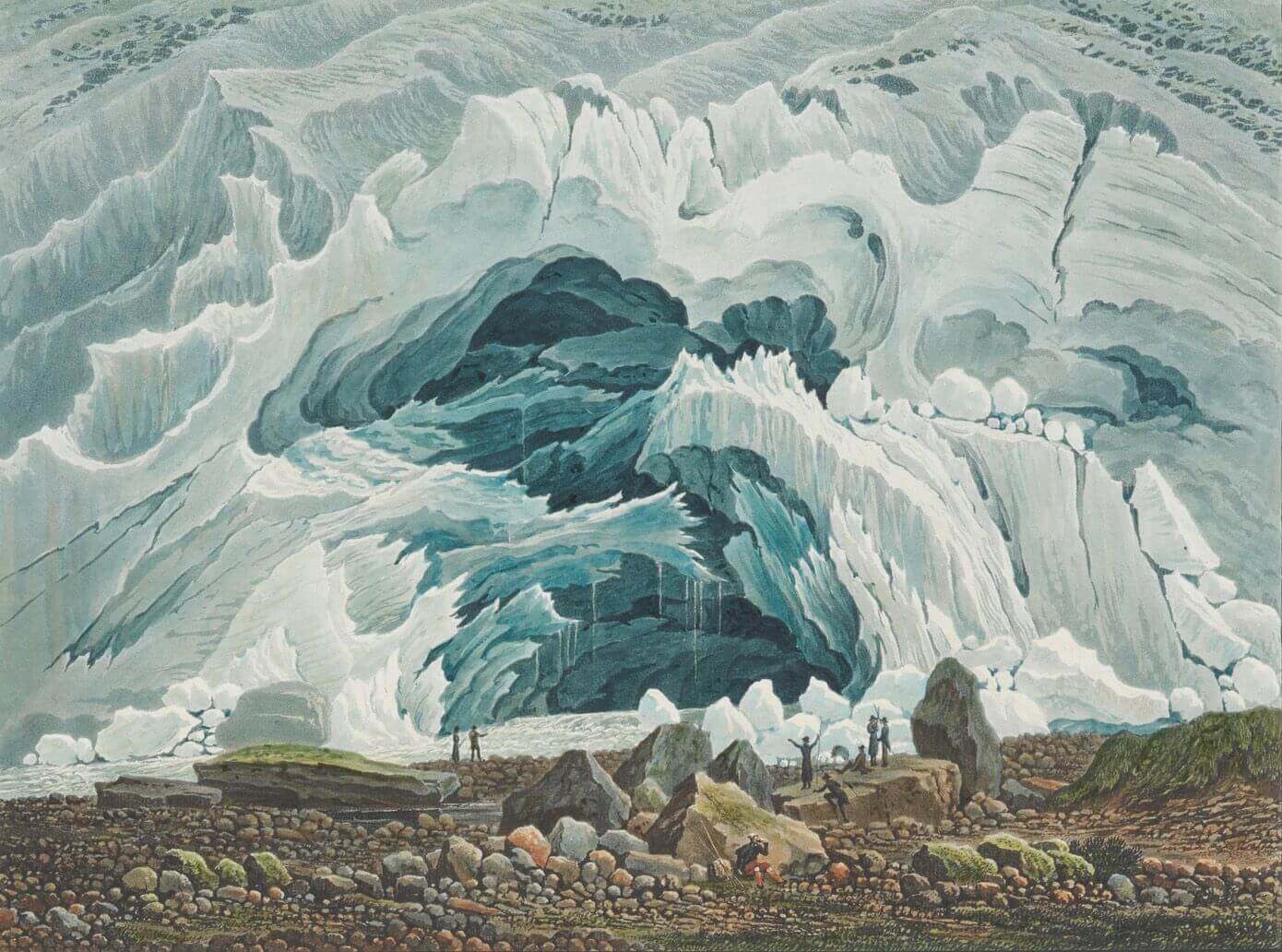 Sophie Grace Chappell on Plato and the Moral Imagination

An interview with Sophie Grace Chappell about philosophy, following your deepest impulses, and why mountain climbing is not unlike philosophy. 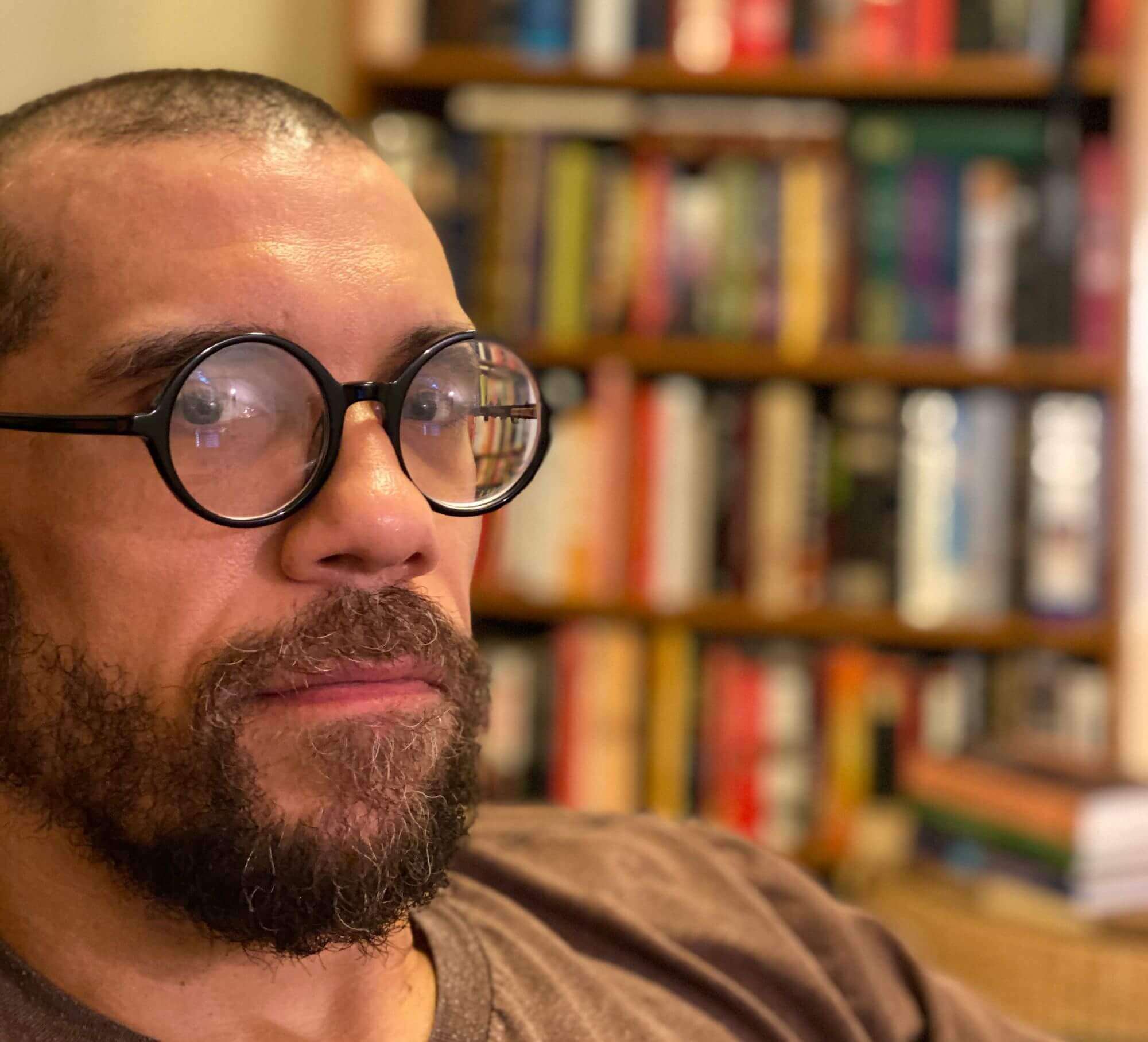 Questions of time, ritual and identity lie at the heart of Maya philosophical traditions. Find out more in our fascinating interview with Alexus McLeod.