Sounds Plausible? The Philosophy of Carneades 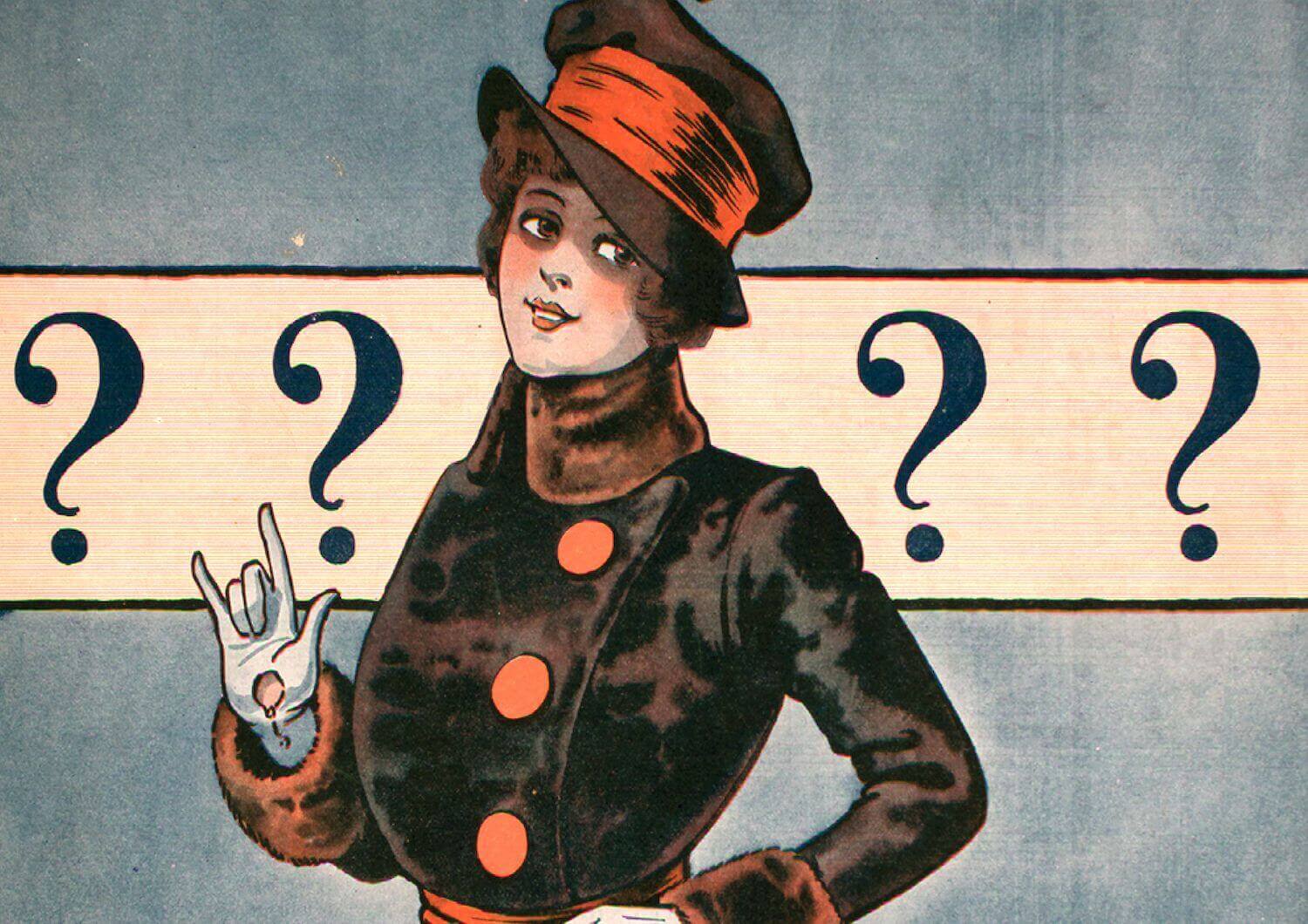 The philosopher Carneades was born in Cyrene, home of the Cyrenaic philosophers, sometime around 214 BCE. Like many philosophers of his day in the Greek-speaking world, he moved to Athens so he could further his studies.

Contemporary accounts of Carneades paint him as an obsessive, single-minded type. He was so engrossed by his studies that he didn’t cut his nails or his hair, and he had to be persuaded to eat, because otherwise he would simply forget. Other accounts (not necessarily reliable, but entertaining all the same) say that before engaging in debate, he would lightly poison himself with a dose of hellebore, a toxic plant, so his mind could be sharper. 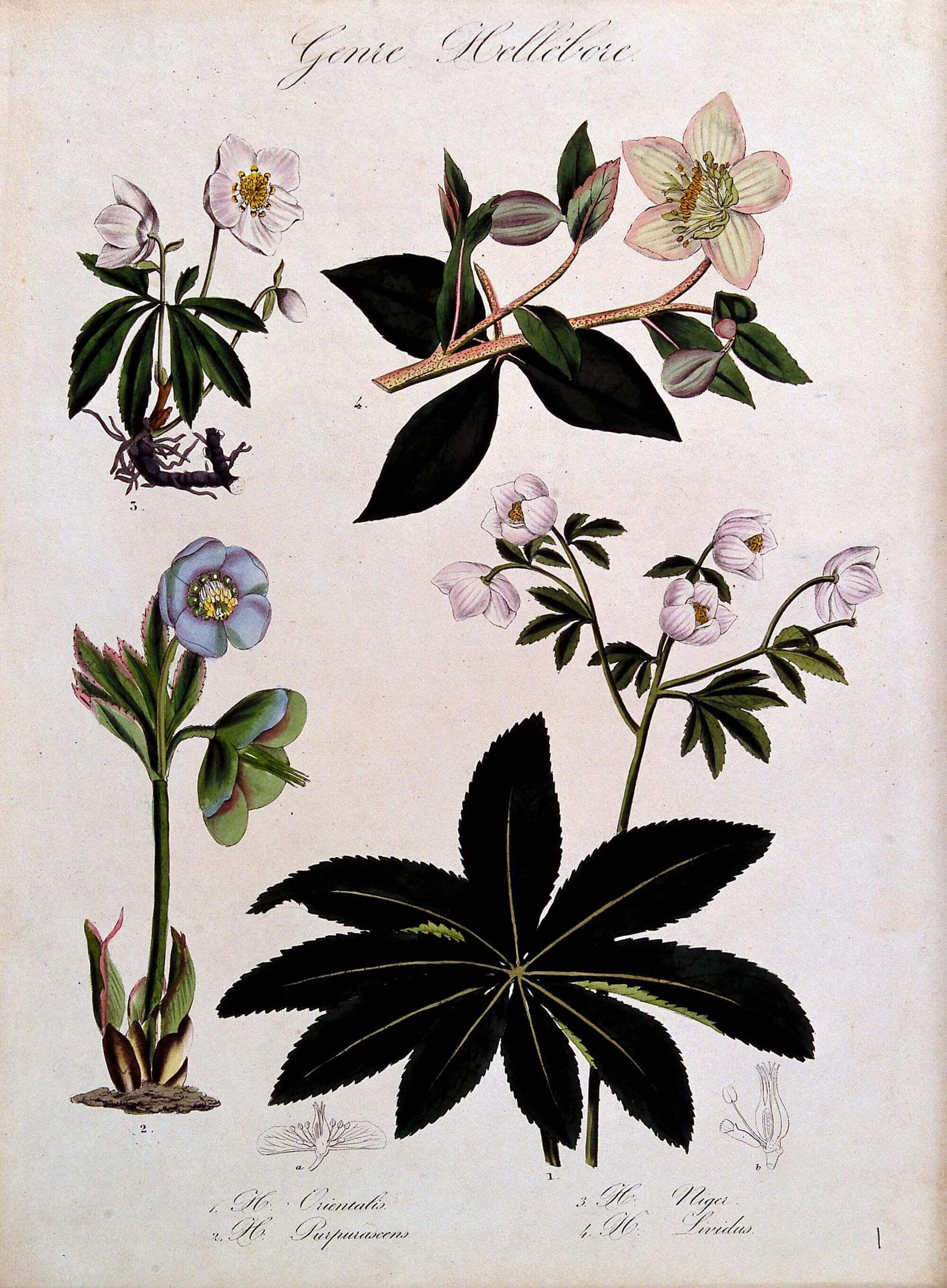 By the time Carneades turned up in Athens, the Academy was under the sway of sceptical doctrines, thanks to the philosopher Arcesilaus. Arcesilaus had become head of the Academy in 266 BCE, several decades before Carneades’s birth. And he gave the Platonic tradition a sceptical tinge that it maintained for the next century and a half. Arcesilaus may have been influenced in part by the scepticism of Pyrrho, but his scepticism finds deeper roots in the tradition stemming from Socrates.

Socrates sought to call into question our claims to knowledge, particularly about ethical issues. For Socrates, even if the goal of truth seems far off, philosophy can nevertheless undermine our ill-founded arguments, and free us from the more egregious forms of error. Arcesilaus took seriously Socrates’s attempts to call our knowledge claims into question, but he pushed it further. Socrates claimed to know more than his fellow citizens because he at least knew he knew nothing. Arcesilaus went one step further, saying that he didn’t even know that he knew nothing.

Carneades fell under the sway of the Academy, and the sceptical legacy of Arcesilaus. He didn’t write anything, but after the example of Socrates (and Arcesilaus) before him, he conducted his philosophical teaching through dialogue and discussion. And he proved himself to be brilliant in debate. One account claims that “Carneades fascinated and enslaved men’s souls … In fact, every opinion of Carneades was victorious, and never any other, since those with whom he was at war were less powerful as speakers.” [1]. And it was thanks to this brilliance that he eventually became head of the Academy, sometime around 167 BCE.

Around 155 BCE, Carneades received an invitation to lecture in Rome, as an official ambassador sent by Athens. Legend has it that he caused a stir by brilliantly defending arguments about the nature of justice, drawing on Plato and Aristotle. Then, the following day, he astonished (and perhaps enraged) his audience by refuting his arguments from the day before, with equal brilliance.

If there is any truth to this story (and it has been contested), the question is this: why would you do such a thing? For Carneades, it was not that justice was unimportant, or something to be mocked by the game of argument and counter-argument. Instead, he wanted to show how fragile and ill-founded all our arguments and judgements are.

The Roman intelligentsia, however, was not universally impressed. The senator and historian Cato the Elder was particularly scandalised. He pressed the Senate to get rid of Carneades by sending him back to Athens, where his dangerous ideas would have less reach and influence.

Back in Athens, Carneades continued his philosophical work and remained head of the Academy for close to two decades. In his seventies, when his health started to fail, he stepped down. He had cataracts, and perhaps his long use of hellebore to improve his mind was catching up with him.

Carneades is said to have borne the sufferings of old age with something between grumpiness and outright indignant rage. He died in Athens around 129 or 128 BCE.

On Truth, Plausibility and the Good Life

One of the greatest debates in the philosophical world of which Carneades was a part was the question of the good life. What did it mean to live well?

The Epicureans advocated the pursuit of pleasure. The Stoics were committed to finding ways to live in tranquillity, in accord with the nature of things. But for Carneades, these attempts to search for the good life were all fundamentally unfounded. So instead of participating in these debates about the good life, Carneades argued that they were all, in their own way, inconsistent. 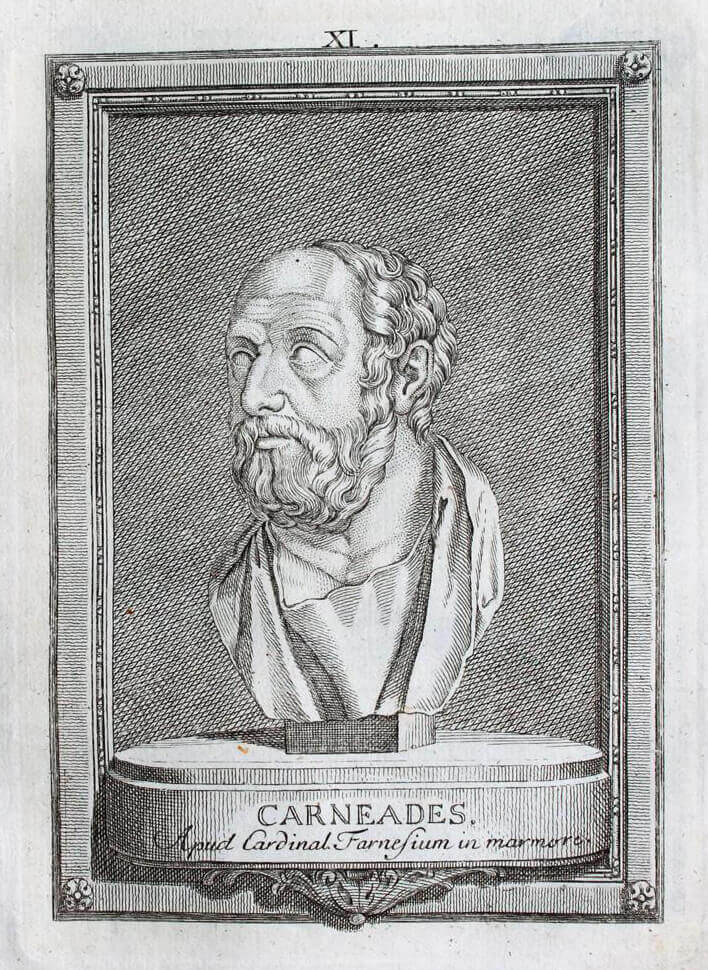 But if this is the case, then what is left? How are we to live if we give up on searching for the good life? How are we to how to think and reason, if we give up on certainty, on truth? Carneades’s critics claimed that his views made life impossible and unliveable (apraxia). But for Carneades, this was no objection at all. Life, despite everything, is liveable. We get by. And how we get by, in the main, is not by fretting over truth, but instead by going with what is plausible (in Greek, to pithanon).

For Carneades, there is no direct line between plausibility and truth. But if we forget about worrying over truth, and we think instead about degrees of plausibility, then we are likely to do okay. And this, Carneades recognised, is close to our ordinary approach to truth, when we are not called upon to be philosophers and defend our positions. We go along with the impressions we have because they seem plausible.

Carneades also argued that because the impressions we have don’t exist in a vacuum, but they are part of a larger ecosystem of impressions, some have a greater force than others. Those that fit better with the warp and weft of our other impressions are more plausible than those that do not.

Writing about Carneades’s arguments, the Roman orator Cicero puts it like this: ‘No impression is ever simple in form, but like the links in a chain, one hangs from another.’ [2] This chain-like hanging-together of our impressions means that there are levels of plausibility. And as a criterion for practical action, plausibility is the best criterion we have.

This means that for Carneades, life is liveable after all. To get by in the world, we don’t have to shackle ourselves to notions of truth or of the good life. And maybe we are not going to find ourselves living free from error any time soon. But this, anyway, is perhaps a philosopher’s pipe-dream. If this is the case, then the best we can hope for is that we might live in a way that works against the dogmatism and arrogance that comes with certainty. [3]