You Sexy Thing: Getting philosophical about sex (Love #4) 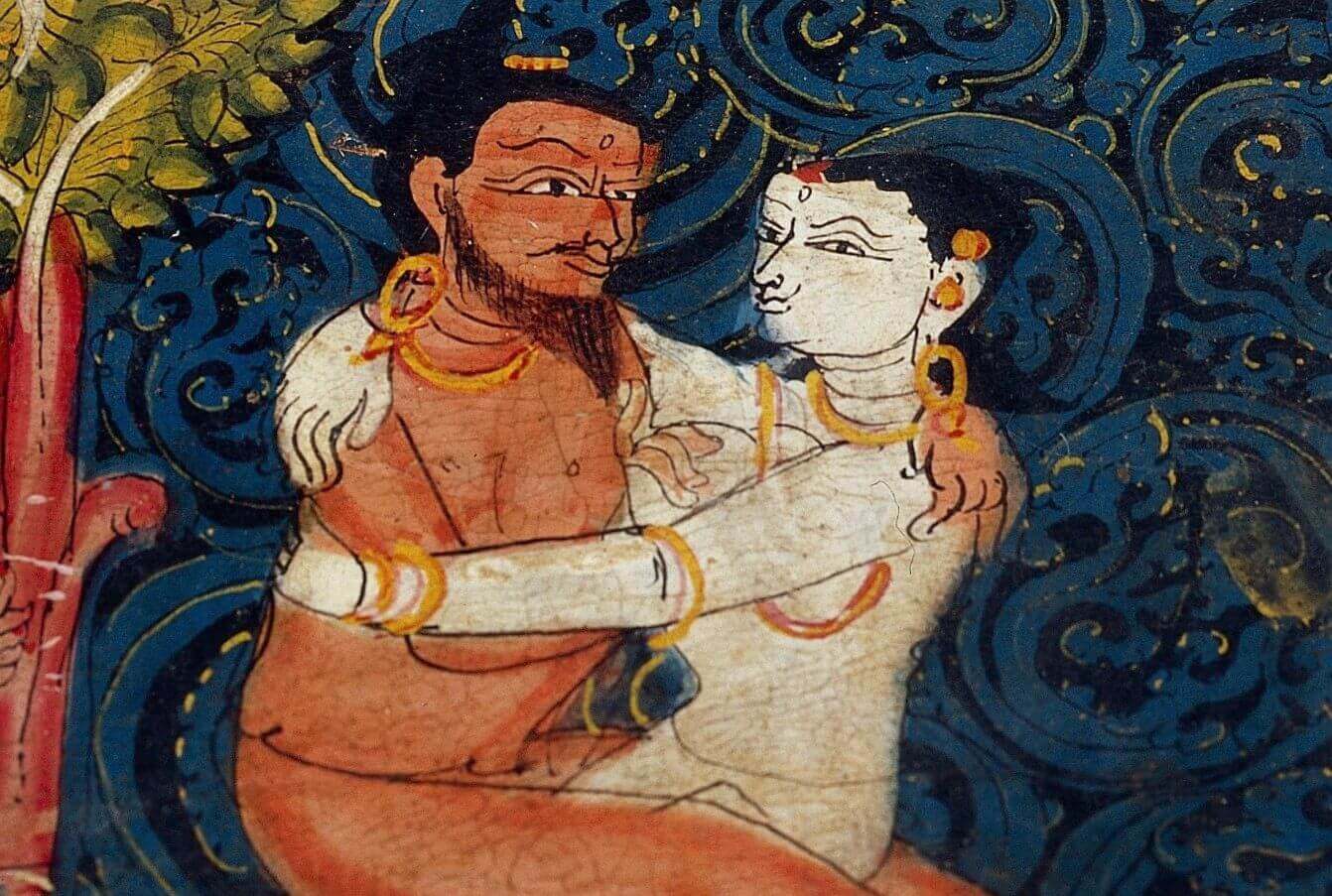 Of all areas of human life, sex is one of the most complicated. It is the place where biology, culture, ideas of the good life and weighty moral claims collide. Questions about sex are one of the great human preoccupations. Questions like: How much sex should we have? Should we have as much as possible? Or—like the Buddhist monks, wary of desire—should we choose to abstain? Whom should we have sex with? Just ourselves? With just one other person, a life-partner or spouse? With a succession of short-term partners? With a range of people, by mutual consent and agreement? With anybody who is up for it? And, for that matter, who shouldn’t we have sex with? Then there are questions about when we should (or shouldn’t) have sex, and how we should (or shouldn’t) have it.

But where do you even start with untangling all of this? In this week’s article, we’re going to start by asking some questions about our underlying biology. Then we’ll ask some questions about sexual ethics. And finally, we’ll ask about the problems caused by the gender imbalance of the philosophical traditions that have come down to us, and how the philosophy of sex and desire needs to think beyond the constraints of this tradition to address the questions that are at stake.

You and me baby ain’t nothin’ but mammals…

But let’s start by going back to questions of biology. Given the sheer cultural complexity of sex, this seems a not unreasonable starting point. In the first week of this series, we saw how philosopher Carrie Jenkins describes love as “ancient biological machinery embodying a modern social role.”[1] So if we go back to our underlying biological machinery, perhaps here we might find a base-level simplicity that can help us anchor all the complexity.

So, we’re going to start by putting to one side the complex questions of social roles and the part played by culture in organising our desires and our sexual lives. And we’re going to go back to biology to see how human sexual desire plays out in ways that are continuous with the way sexual desire plays out elsewhere in the animal kingdom. Because, as the Bloodhound Gang once put it, “You and me baby ain’t nothin’ but mammals / So let’s do it like they do on the Discovery Channel.” 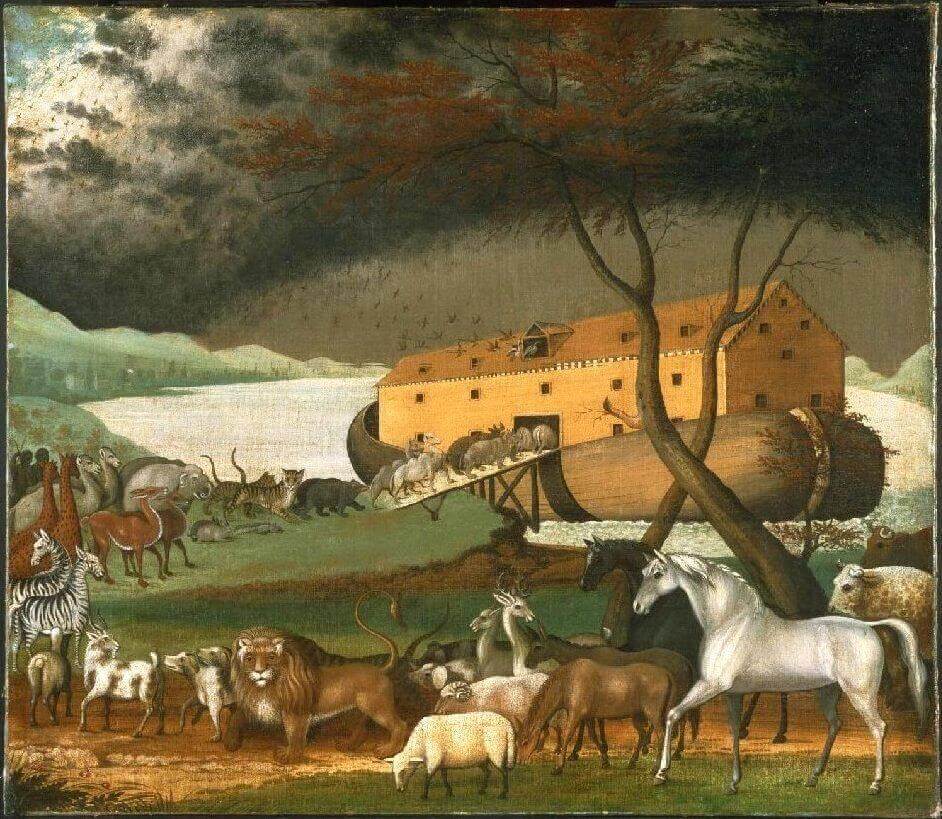 But if we hope that this return to biology would return us to a simpler, even more innocent, view of what it means to be a sexual being, it is likely that we will be disappointed. Although some moralists might like to imagine the animal world as a place of sexual good order—with the animals going into the ark two-by-two—the reality is starkly different. The more we get to know about how sexual desire plays out in the rest of the animal kingdom, the more it becomes clear that sexual desire and sexual pleasure are complex almost everywhere, not just among human beings.

Among human beings, sex is both procreation and recreation: mostly the latter, occasionally the former. And it is easy to imagine that recreational sex aligns with culture, while procreational sex is about nature and is a matter of our biology. After all, we’re evolved to pass on our genes, and sex is evolution’s way of gene-mixing (see this nice overview of the evolutionary costs and benefits of sex). This tendency to separate sex as a means of procreation and sex as a means of recreation often aligns with a broader narrative that divides off nature and culture.

The medieval philosopher Thomas Aquinas (1225-1274) argued that sexual pleasure in itself was not evil, but the pursuit of sexual pleasure as an end in itself, or for its own sake, was morally problematic. The only legitimate expression of sexual pleasure, Aquinas argued, was when it took place in the context of a married relationship, with the knowledge that the natural purpose of sex is procreation:

But appeals to the natural function of sex as a form of procreation obscure the fact that in the rest of the animal kingdom, sex is often just as much about recreation.

When we look closely we find that the animal kingdom is a sexy place, where carnality finds expression in many forms. Animals are neither priggish nor especially shy. We need only watch patiently, and try not to blush. [3]

And this is why the increasing amount of data on the sexual exuberance of the rest of the animal kingdom are so important. These data show us how the tendency to divide human sexual practices into “natural” and “unnatural” is a poor foundation for thinking through human sexual ethics. Here as elsewhere, using what we deem to be natural as a criterion for what is ethical is an unpromising line of approach.

The ethics of desire

The philosophy of sex is as complex and sprawling as human sexuality itself. And although this philosophy is not reducible to ethical questions, nevertheless, when we talk about sex it is often questions of ethics that are at the forefront. We are deeply preoccupied with questions of how we should manage what it is to be a sexual being (or—because it’s much more fun to subject others to ethical scrutiny than it is to do the same to ourselves—how other people should manage what it is to be a sexual being). This is not surprising. From one point of view, sexual desire seems to bring in its wake all kinds of individual and social harms and sufferings. From another point of view, it brings immense pleasure and can seem to be a source of creativity.

For some thinkers—for example, Saint Augustine (354-430) in the Christian tradition, and the Buddha in the Indian tradition—sexual desire is almost always morally problematic. Immanuel Kant (1724-1804), the least sexy of philosophers, claims that sex is an issue because it turns the object of our desires into precisely that: an object. Kant writes, with unusual pungency, that:

In loving from sexual inclination, they make the person into an object of their appetite. As soon as the person is possessed, and the appetite sated, they are thrown away, as one throws away a lemon after sucking the juice from it. [4] 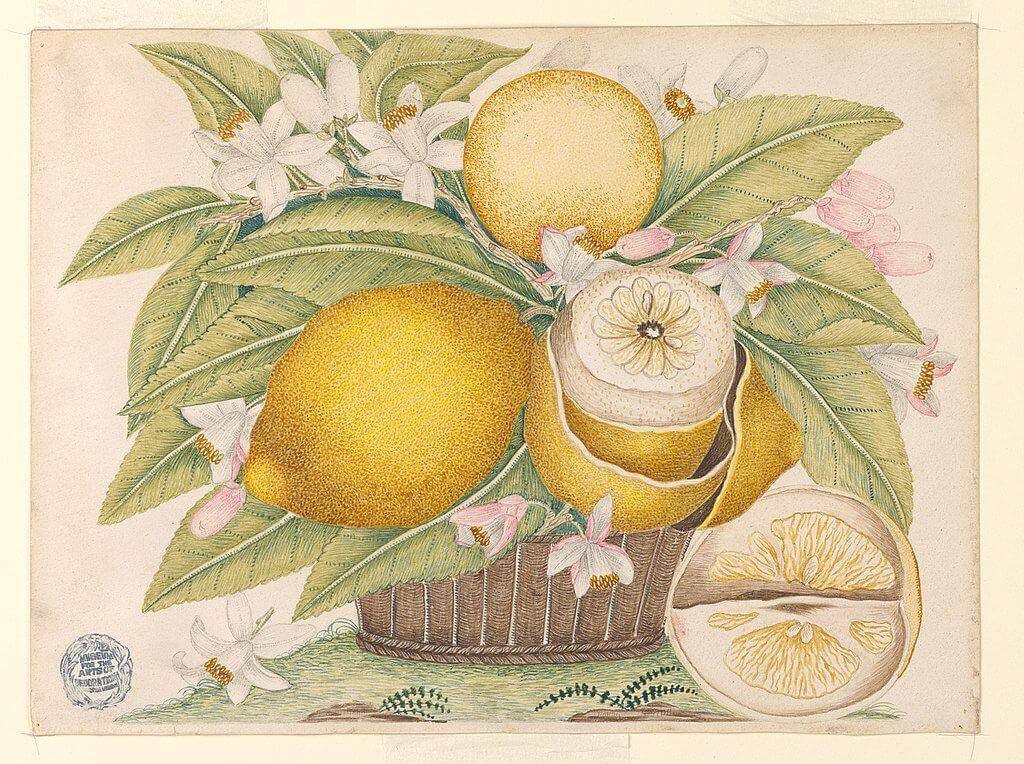 Against this view, some philosophers have argued that sex is potentially creative: not just procreative, but itself a creative act. It creates pleasure. It forges social bonds (with us as elsewhere in the animal kingdom). And it opens us up to new experiences. The 2nd-century Indian text, the Kama Sutra, has this to say about kama, or desire.

Kama is the mind’s inclination towards objects which a person’s senses of hearing, touch, sight, taste and smell find congenial. Its principal element is a delightful, creative feeling pervaded by sensual pleasure and derived in particular from the sense of touch. [5]

So perhaps instead of asking whether sexual desire and sexual activity are themselves morally good or bad, it might be more helpful to ask about the ethics of how these things play out within human life, so we can harness what creative potential sex might have in human life while avoiding as far as possible the harms that it may bring.

And here there’s a good argument to be made for broadening out the philosophical tradition. Most of the philosophical traditions that have come down to us are marked by a substantial gender imbalance. Even when, in Plato’s dialogues on love in the Symposium, the woman philosopher Diotima is cited, she is only mentioned second-hand, her ideas channelled through the storytelling of Socrates. And many of the male philosophers throughout the tradition are preoccupied exclusively with male sexual desire and male sexual activity. Even when they claim to be talking more broadly, the absence of women’s voices means that the account they are giving is only partial. As bell hooks writes in her brilliant All About Love:

Earlier in my life, I read books about love and never thought about the gender of the writer. Eager to understand what we mean when we speak of love, I did not really consider the extent to which gender shaped a writer’s perspective. It was only when I began to think seriously about the subject of love and to write about it that I pondered whether women do this differently from men. [6]

More recently, there has been a substantial amount of philosophical work by women philosophers that aims to redress this balance because if we are going to think about love and sex and what they mean philosophically, we need to account for the whole breadth of human experience.

So perhaps I should end with Carrie Jenkins, and her book What Love Is and What it Could Be, which argues for the potentially revolutionary effects of allowing in a wider range of voices, and exploring more diverse ways of managing our sexual, romantic and personal lives. “Nonconformity can change the world,” Jenkins writes.[7] And so Jenkins argues that if we want to change things, then the onus is on us to “choose our own adventure,” to think more deeply and more responsibly about sex, to be more honest with ourselves and each other, to reduce the harms that sex can cause, and meanwhile to harness as much creativity as we possibly can.

And this week’s song is You Sexy Thing by Hot Chocolate. 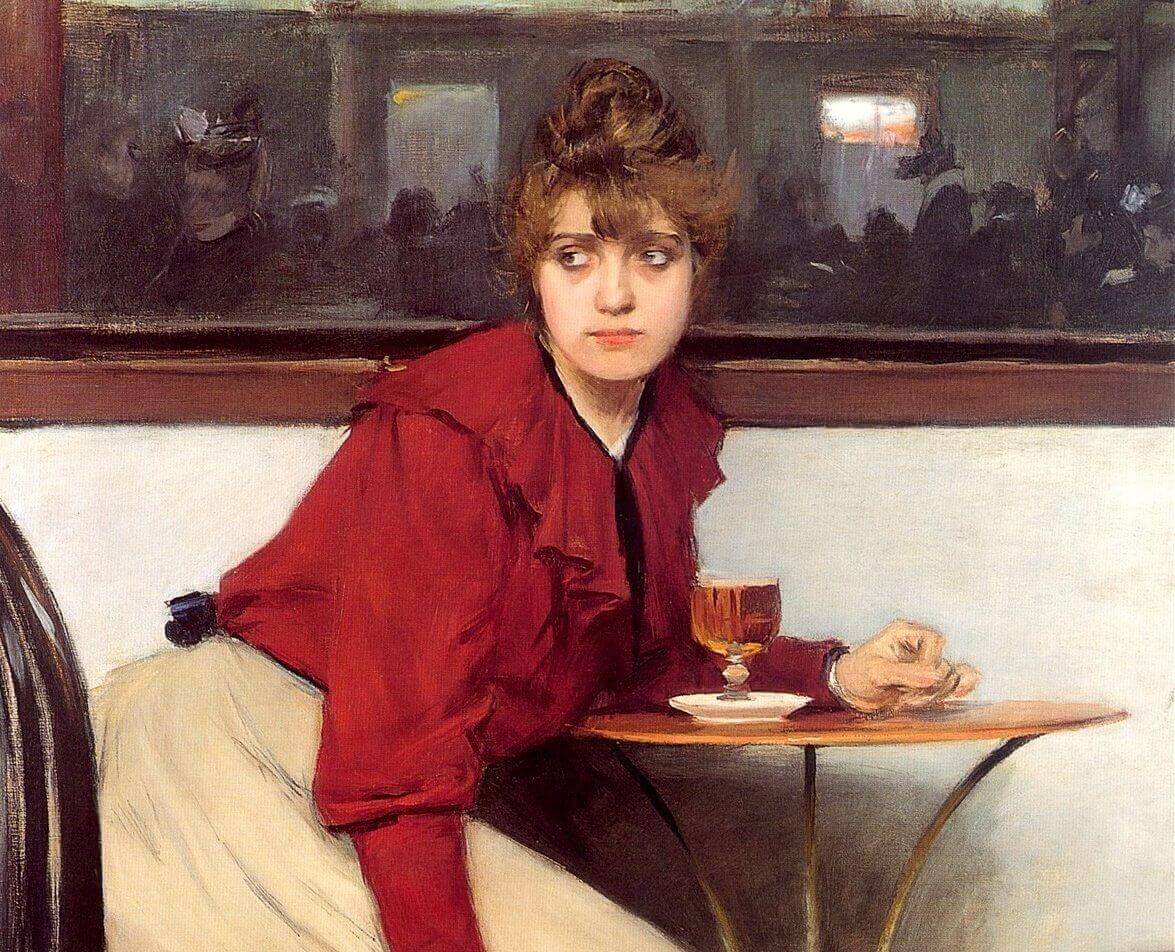 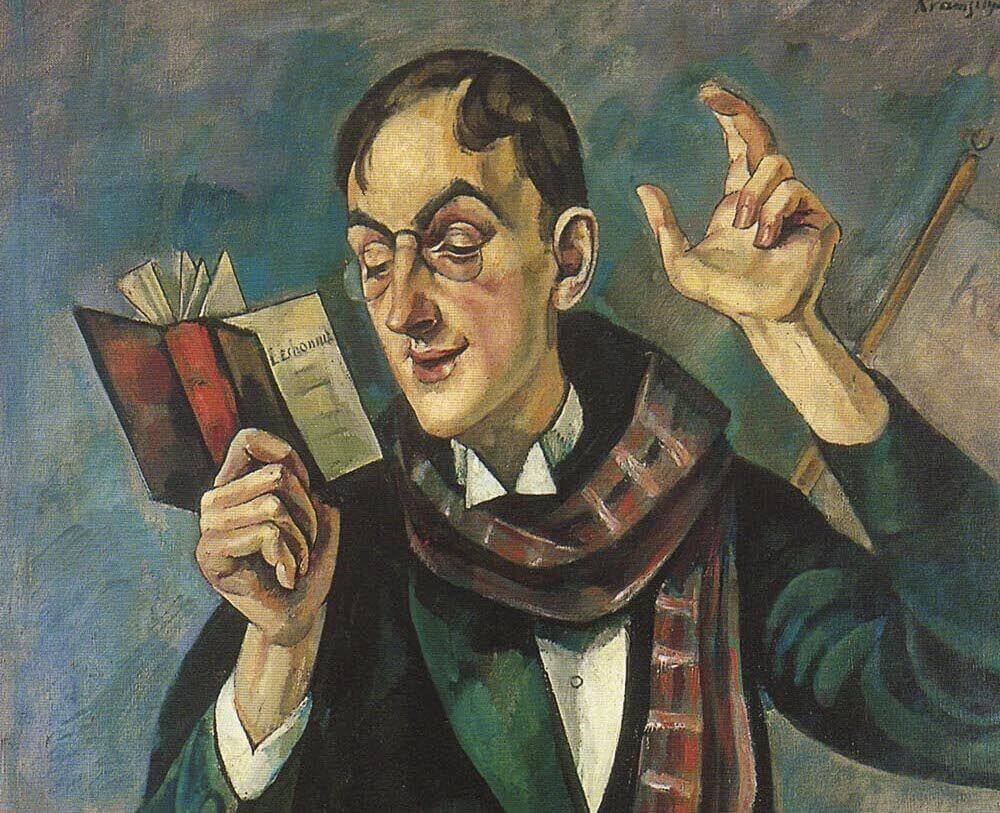 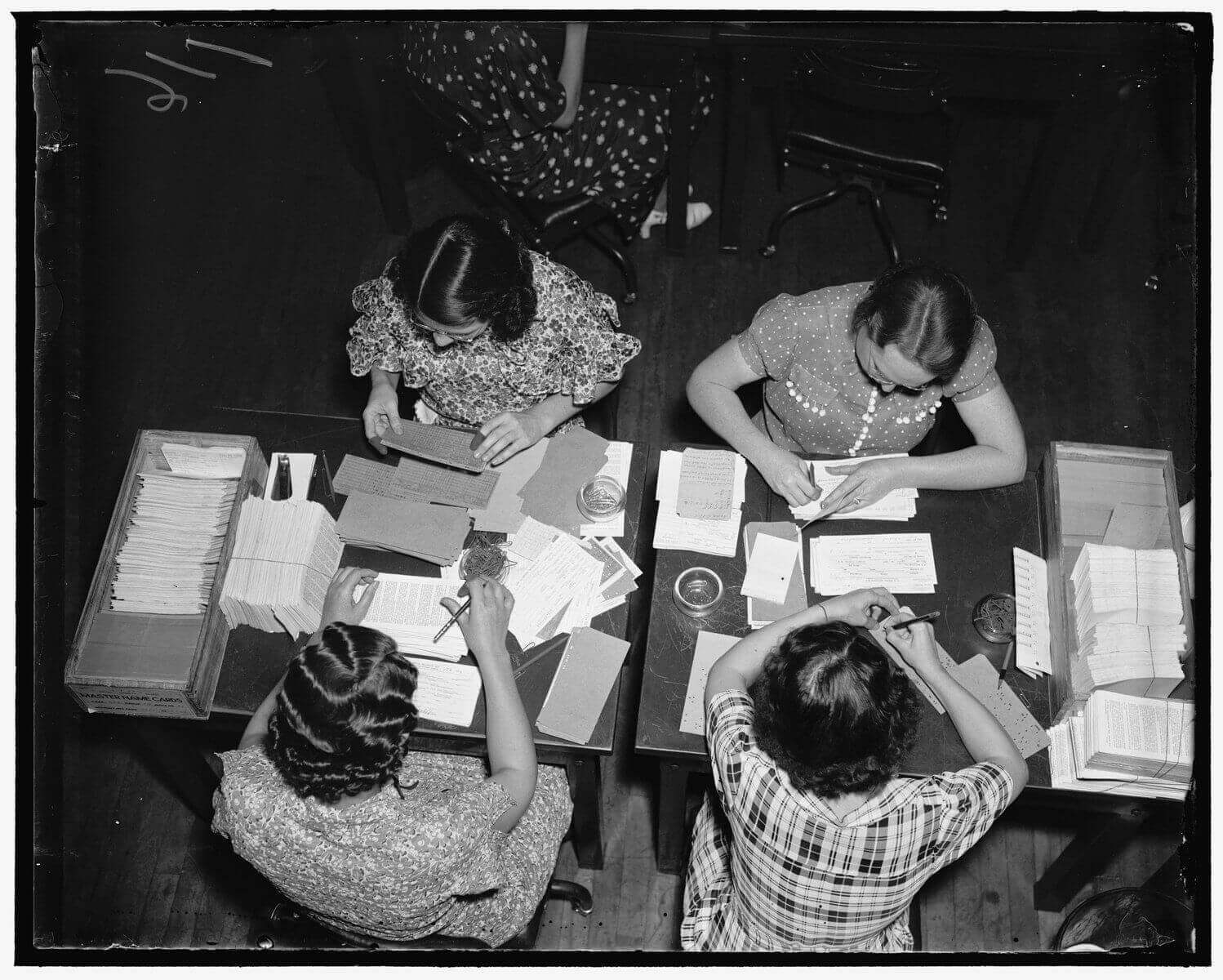