Learning to Play the Piano With Ptolemaïs of Cyrene

At the moment, I’m endeavouring to improve my rudimentary jazz piano playing. It’s a long process: I’ve played on and off for years, without really getting any better. So this year, now I’ve been reunited with my keyboard, I’ve been trying to put some more time in, hoping that I can make some small, incremental improvements. It’s fun, fascinating and sometimes frustrating.

There’s a lot to learn: all that theory, that experience of listening to music, that feeling of what the music is like in your bones. And in this process of learning, I’ve found help from a curious source: the Greek philosopher Ptolemaïs, who lived sometime between the third century BCE and the first century CE.

But before we get on to Ptolemaïs and who she was, let’s get back to basics. What is music, anyway? Of all the weird things that human beings get up to, listening to and playing music is one of the weirdest. We sing, we yodel, we tap our feet, we dance, we sway, we chant, we holler.

In our love of music, we may not be alone in the animal kingdom. Cetaceans sing complex songs, often in harmony.[1] Warblers warble. Yellowhammers hammer on endlessly about little bits of bread with no cheese. And certainly, in some philosophical traditions, the power of music was seen as something that could extend beyond the human realm.

For the philosophers of ancient China, creatures other than ourselves were considered to be susceptible to music. So, for example, philosopher Wang Chong (c. 27 – 100 CE) wrote that “birds and beasts are fond of sentimental sounds, their ears are similar to human ears.” And according to the philosophical text called the Han Feizi, Duke Ping of Jin, in the sixth century BCE, could play music to make cranes flap their wings and dance. Meanwhile, a thirteenth-century Persian text has Plato sending wild beasts into a trance by playing the organ.

Nevertheless, few animals seem so wholly obsessed by music as human beings. We just can’t seem to stop ourselves. And so it is not surprising that this musical compulsion has been something that has long perplexed philosophers, from ancient times down to the present day.

Harmony, number and the universe

The ancient Greek world was full of music. As Flora Levin writes in her book, Greek Reflections on the Nature of Music, “the peoples of Ancient Greece surrounded themselves with music; they immersed themselves in music; they were in fact imbued with music. Scarcely any social or human function, whether public or private, urban or rural, took place without its musical accompaniment” [3]. So it is no surprise that Greek philosophers found themselves chewing over the question of what music is, why we do it, and what its significance is.

The earliest musical theories in Ancient Greece are associated with Pythagoras in the 6th century BCE. Pythagoras was responsible for the substantial insight that music is underpinned by mathematics. For Pythagoras, the whole world functions in accordance with musical harmony, making mathematics the underlying basis for everything.

The philosopher from Cyrene

One of the leading Pythagorean philosophers of music was the woman philosopher Ptolemaïs of Cyrene. We don’t know much about Ptolemaïs’s life. As her name suggests, she was from Cyrene, the home also of Arete of Cyrene and the Cyrenaic philosophers. Although she wrote a treatise on music called The Pythagorean Doctrine of the Elements of Music, of which everything has been lost, except for some tantalising fragments.

In these remaining fragments, Ptolemaïs tackles a debate that was raging in the ancient philosophical world. Does the essence of music lie in intellect and reason? Or does it lie in bodily sensation?

Reason and sensation in understanding music

The Pythagoreans had long argued that the essence of music lay in its mathematical exactitude. But there is a problem with this intellectualist approach. If you see the foundations of music as lying in reason alone, you risk making music something refined and bloodless. And this is not our usual experience of music. After all, even if music is underpinned by mathematics, our relationship with music begins elsewhere: in the experience or sensation of sound.

This is why the philosopher Aristoxenus of Tarentum (born c. 375 BCE), a disciple of Aristotle, argued that it is experience, or sensation, that should be the starting point for our reflections on music. In his treatise Elements of Harmony, Aristoxenus argued that when we play music, we are not just attending to questions of mathematical proportion: we are also listening and sensing.

Ptolemaïs sets out the debate in a passage preserved in the work of the third-century Syrian-Roman philosopher Porphyry. In this passage, Ptolemaïs distinguishes between two kinds of approaches to thinking about music.

On the one hand, there are those who theorise about music in terms of “the science of kanonikē,” a term that she says derives from a root meaning “straight” (the Greek word “κανών” means “a straight rod or a bar”). These are the Pythagorean mathematical theorists.

On the other hand, there are the mousikoi, who are “harmonic theorists who begin from the perceptions [or sensations]” [4]. These are largely the followers of Aristoxenus (if not necessarily) Aristoxenus himself. 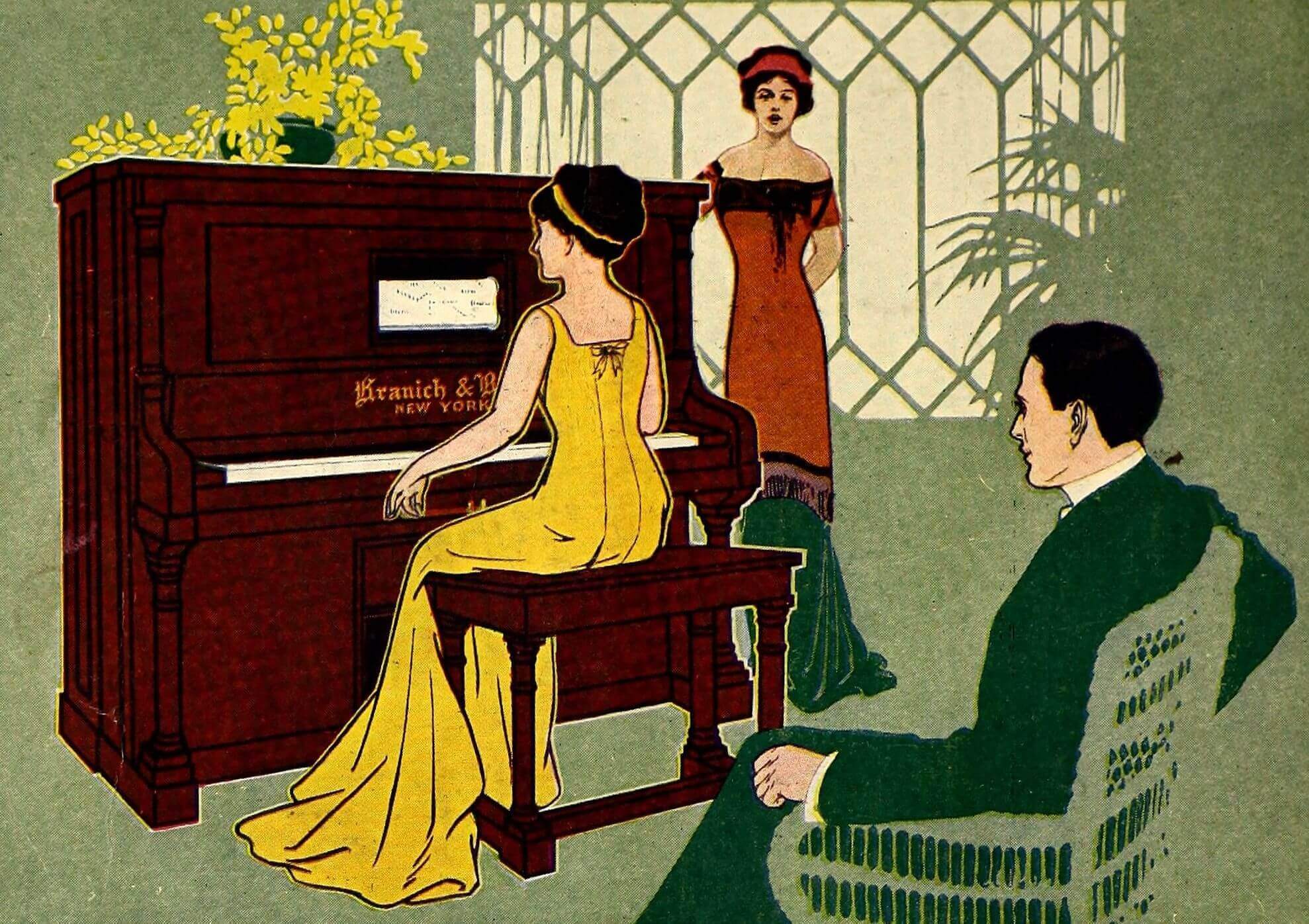 The way that Ptolemaïs enters into this debate is nuanced. Despite the appearance of stark differences, these two approaches cannot be entirely disentangled. The Pythagoreans, she says, for all their commitments, don’t entirely overlook sensation. Nor can they. For them, sensation provides the “spark” that lights the fires of their mathematical investigations. And you have to have heard music for it to be something that you can reflect on. However, once they have got going, the Pythagoreans focus only on reason and leave sensation alone.

On the other hand, the followers of Aristoxenus start from the practical experience of actually producing music. But they don’t entirely neglect reason. Instead, they see sensation “as authoritative, and reason as attending on it, for use only when needed” [4].

Learning to play: insights from Ptolemaïs

So which is the right approach? If you really want to get music, should you become a follower of the Pythagoreans? Or should you rely on empirical approaches, like some of Aristoxenus’s followers? The answer that Ptolemaïs gives is this: you should do both. This is what she writes:

For what is perceived cannot be constituted by itself apart from reason, and neither is reason strong enough to establish anything without taking its starting points [archai] from sensation, and delivering the conclusion of its theorising [theorēma] in agreement with sensation once again. [5]

Ptolemaïs argues that Aristoxenus has been misinterpreted. He doesn’t want to say that sensation is first in terms of power. Instead, he wants to say that it is first in terms of priority. We have to hear music before we can do any thinking about it at all. But in this thinking, both the experience of music – listening to music or making music – and the act of reasoning about music are equally important.

Let me end by going back to the example I opened with. Why am I learning to play the piano? Why even bother? One reason is that I grew up listening to Oscar Peterson records. That is sensation. It is first in terms of priority. It was one of the reasons that I came to love music.

Neither of these approaches is sufficient on its own. And as I sit down at my keyboard, Ptolemaïs provides me with a useful reminder that the arts of music are both sensory and intellectual.